This writer is not only talking about price performance, though clearly, that has been impressive with Bitcoin up 599% from the March low and 283% year to date. 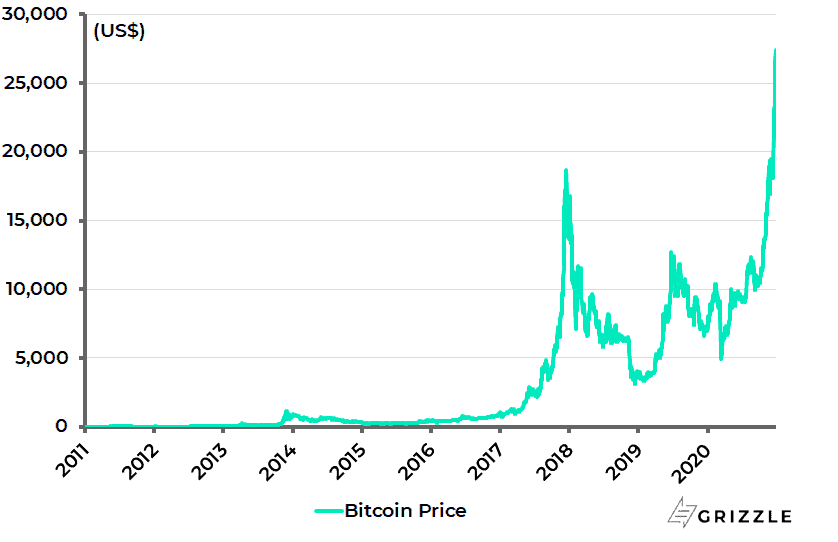 The other point is that this is the year Bitcoin has become investible for institutions with custodian arrangements available from the likes of Fidelity and with prominent hedge fund investors declaring that they have bought it.

In this respect, Bitcoin has now become part of the system with opportunities also for retail investors to buy into it via quoted vehicles, be it the Greyscale Bitcoin Trust in America or the recently launched VanEck Vectors Bitcoin ETN traded on the Frankfurt exchange.

This is important since, before such arrangements were in place, there was always the risk that Bitcoin accounts could be hacked.

The other risk, of course, was that Bitcoin would be declared illegal because it was perceived as being used for nefarious purposes, such as illegal narcotic transactions.

Still, this writer only became aware a few weeks ago of the most remarkable development in this area, though it happened four months ago.

That was the announcements in mid-August and September by the Nasdaq-listed MicroStrategy, a business intelligence software company, that it had invested in the Bitcoin equivalent of US$425m (US$250m in August and US$175m in September), amounting to almost 100% of its own treasury funds, to hold on its balance sheet.

The aim is to make Bitcoin “the primary treasury reserve asset on an ongoing basis”, along with cash and short-term investments, according to the company’s official US Securities and Exchange Commission (SEC) approved Form 8-K.

MicroStrategy invested a further US$50m in Bitcoin in early December, with a cumulative holding of 40,824 Bitcoins.

This marks a watershed moment in this writer’s view since the auditors approved MicroStrategy putting Bitcoin on its balance sheet as did the SEC.

Now it is true that the far more famous Square also announced in October that it was investing US$50m in Bitcoin but that only amounted to 1% of the Silicon Valley company’s assets.

Such a small investment probably did not even have to be reported but in MicroStrategy’s case, that was certainly not the case.

This writer must admit to never having heard of MicroStrategy previously.

But the company seems to have been investing in technology and software for 31 years.

Since announcing its investment in Bitcoin, the company’s market capitalization has risen by 150% to US$2.99bn and the value of its Bitcoin holding has more than doubled to US$1.11bn. 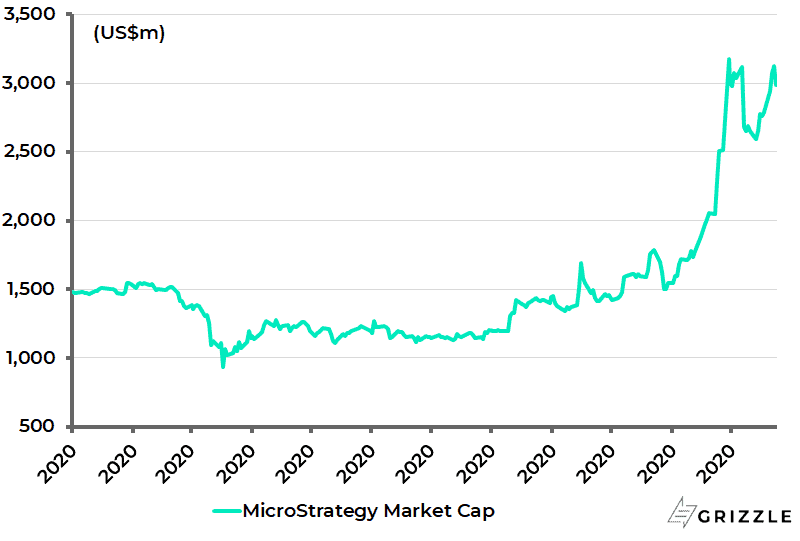 The highly articulate CEO and co-founder of MicroStrategy, Michael Saylor, has done a number of podcasts with the Bitcoin “community” since his company’s purchase of Bitcoin became public.

He is, by the way, no fast money operator since he has been CEO for 22 years since MicroStrategy’s listing in 1998.

The most amazing revelation is that he only started to look at Bitcoin in 2019. He made the decision to invest the company’s funds in Bitcoin as a store of value in the spring after seeing the monetisation triggered by the Federal Reserve’s extreme policy response to Covid-19.

The Fear for Gold Bugs: Risk-Averse Capital Goes to Bitcoin

Worryingly to people like this writer who own gold, Saylor argues that Bitcoin is “destroying gold’s value proposition” because Bitcoin has “dematerialised gold”.

It has to be admitted that this argument has some real merit.

It has been commented before on several occasions here that ownership of gold and Bitcoin are not mutually exclusive and appeal to different generations (i.e. boomers and millennials).

But gold bugs have to face up to the real risk that risk-averse capital, which would have otherwise gone to gold to hedge the obvious ongoing fiat paper currency debasement in the G7 world, will now go to Bitcoin.

In fact, that process has already begun.

Meanwhile, the brutal fact is that, since the policies of extreme currency debasement began in America, which this writer will take from the commencement of the Federal Reserve’s quantitative easing in late 2008 in the mist of the Global Financial Crisis, Bitcoin has outperformed gold by 191,000-fold.

It is also the case that the supply of Bitcoin is shrinking, under the quantitative tightening dynamic, which is certainly not the case with gold. 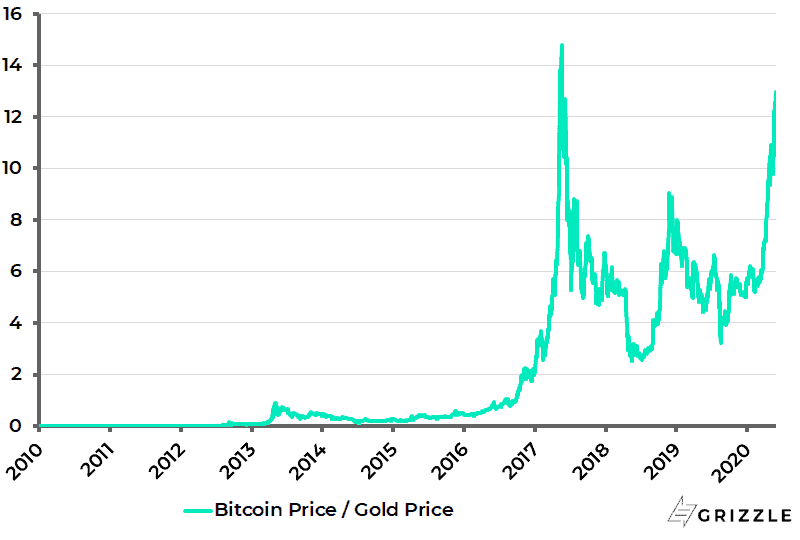 This does not mean it makes sense to give up on gold.

And the yellow metal should definitely rally again if the Fed stays doveish in the face of the dramatic cyclical recovery that is coming on the other side of the pandemic, in line with the base case.

Still, the growing evidence of institutional ownership of Bitcoin is hugely bullish for bitcoin, most particularly since the trend has only just begun.

The potential now, as it becomes mainstream, is for Bitcoin to suck in risk averse capital from the fiat paper world and the wonderful thing for those long Bitcoin is that its supply cannot be expanded.

In addition, Bitcoin should also be a massive beneficiary of the network effect, which, as is clear from the examples of Google and Facebook, creates an extremely powerful winner-takes-all dynamic.

For if money is the greatest social network of all, which it probably is, then Bitcoin is the first money to be built for the internet. And it does not really appear to have a competitor.