Aurora Q2 2020 Earnings a Mess Will A Gov’t Bailout Save Them from Bankruptcy?

Legal cannabis producer Aurora Cannabis (NYSE:ACB) reported truly awful results, though the results did meet management guidance which is no surprise considering guidance was given out only last Friday.

Revenue came in at C$56 million, 4% better than consensus of C$54 million and management guidance of C$50-C$54 million.

If sales returns are removed, total cannabis sales were down 12% from last quarter.

Revenue per gram was actually up 10% this quarter to $6.66/gram as the lower-priced wholesale business almost totally disappeared. 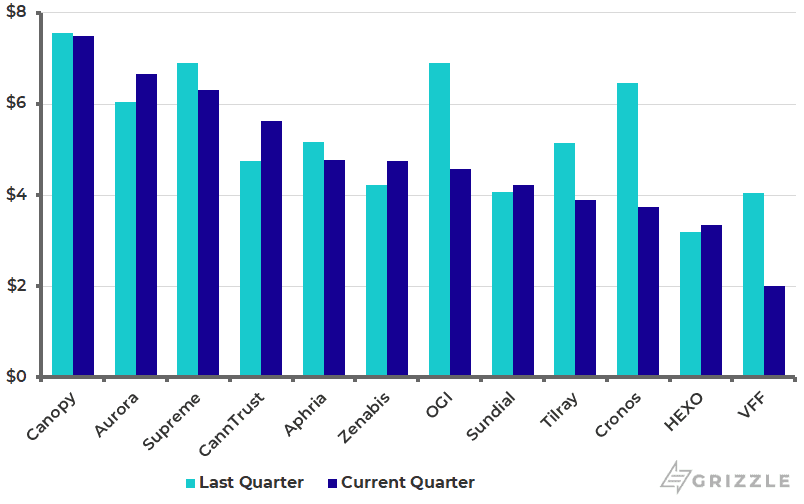 Cannabis prices have been falling all year and will continue to fall until supply and demand are more in balance.

Aurora is losing a significant amount of market share with sales down 32% in the last six months while cannabis sales countrywide are up 60% in Canada.

This quarter revenue growth was 18% year over year, down significantly from last quarter’s growth of 184%.

Management is guiding that next quarter could see only single-digit revenue growth due to the slow rollout of cannabis 2.0 products which would be another disappointment to the market.

Management has to break even by early July or else they will default on their secured credit facility with BMO.

Even with a rumored bailout by the Alberta government, Aurora still has to break even by July to avoid more dilution for shareholders. Aurora stock will be a buy once the company has written down assets to their true value and cut the workforce to align with a realistic level of sales in Canada. The time to buy is not here, more downside is to come.

What Would an Alberta Bailout Mean for Your Shares

There are rumors going around that Aurora is in discussions with ATB, an Alberta crown company, for a cash infusion which is basically a bailout to keep the lights on.

The government likely wants to avoid an Aurora bankruptcy as it would lose a significant contributor to the province’s economy.

Aurora’s ~2,300 employees are just a drop in the bucket for the province, but Aurora spent C$500 million last year, contributing 7% to Alberta’s GDP growth we estimate.

The government is also worried they will be giving up significant future tax revenue if Aurora goes bust before it can grow into a significant global player.

We estimate Alberta will have to put in at least C$400 million to give Aurora another year of cash runway after the current cash runs out in two months or so.

Even if Aurora manages to break-even on operating cashflow by early July, they still are spending C$50-100 million a quarter to build out facilities.

C$400 million at the current stock price would equal 24% dilution. Theoretically, the stock price should fall another 24% if this rumor ends up being true, though the stock should be down less as the lower risk of bankruptcy is worth a few % of upside.

Current shareholders will see their shares fall even further from here before potentially rebounding later this year or next if Aurora is able to grow revenue and generate increasing amounts of cashflow.

Aurora Still Not Out of the Woods

Yes management is now saying they will cut SG&A in half to $43 million from $88 million, but that will take until June of 2020 to flow through.

Too little too late.

Aurora is burning $200 million in cash a quarter today and these cuts only imply the burn falls to $100 million.

Aurora is targeting a cost structure that will break even at $300 million of annual sales. The problem is sales fell to $250 million in the latest quarter and the breakeven point is still five months away. With only two more months of cash left, more stock issuance is absolutely guaranteed.

Compounding matters Aurora will now be in default with the new covenants on their loan if they don’t generate positive EBITDA by the third quarter of this year or the cash balance falls below $35 million.

Aurora now has three different ways it can still default: 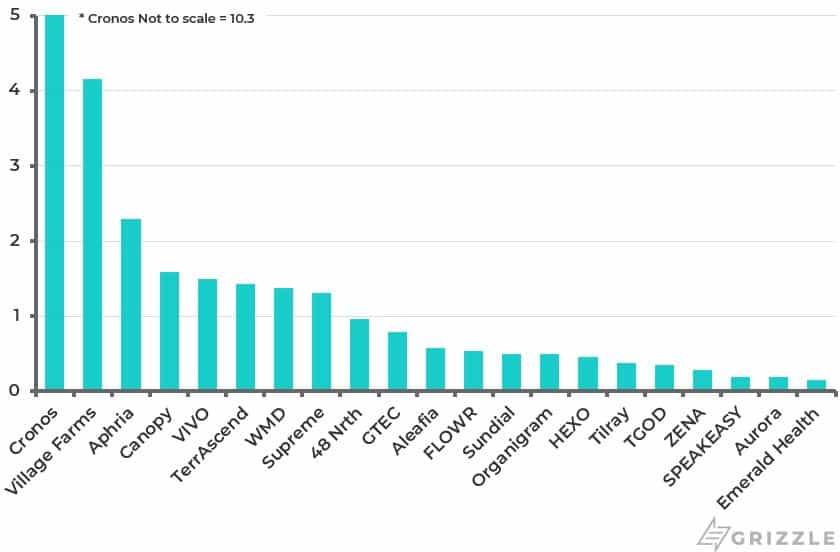 Source: SEDAR, Grizzle Estimates *Aurora cash balance through December, Everyone else is through September so slightly higher than in reality.

What Should Investor’s Expect Over the Next Six Months

Even at $1.50/C$2.00 per share, Aurora is still the third most expensive licensed producer based on future revenue expectations. 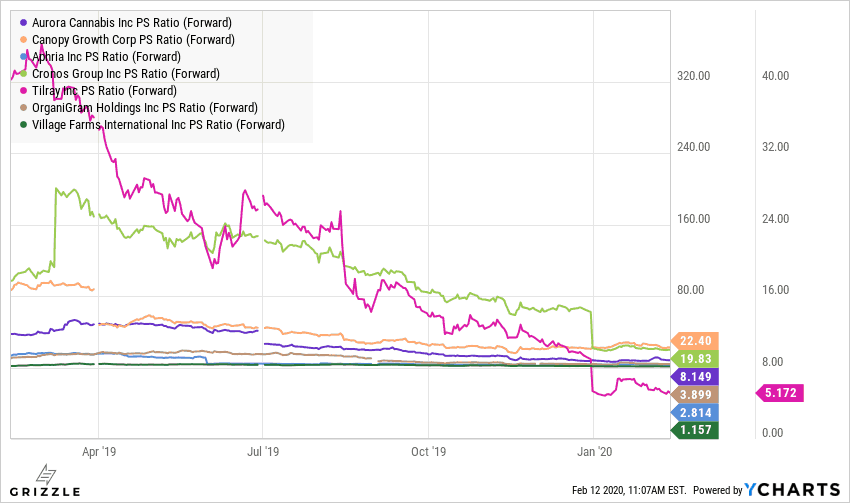 If Aurora’s multiple fell in-line with Aphria, one of the least risky companies in the space currently, the stock would be worth only $0.60, a truly unimaginable outcome for investors only a few months ago.

Considering we can see at least four scenarios where the stock is lower and only one where it is higher (growing cannabis sales), we think investors should wait on the sidelines until they see a positive and improving EBITDA margin or a reacceleration in revenue growth.

The bottom is not yet in.