This year was a historic one for the state of California, as it marked the full legalization of pot statewide. Now, it seems like prosecutors in San Francisco and San Diego are taking things further and trying to reverse some of the devastating effects that the “War on Drugs” has inflicted, by dropping or reducing marijuana convictions retroactively.

This move could prove to be an important step forward, especially for minorities who were disproportionately affected by racial profiling, leading to increased levels of incarceration among black and Latino males. In an interview with the Associated Press, San Francisco DA George Gascon said:

We want to address the wrongs that were caused by the failures of the war on drugs for many years in this country and begin to fix the harm that was done not only to the entire nation but specifically to communities of color.

In November 2016 the people of California voted on the full legalization of marijuana, making it the eighth state nationwide to do so. The measure is currently being applied retroactively to thousands of cases, and interested felons can appeal to the court themselves if they want their case to be reviewed.

“That’s awesome. It’s wonderful and appropriate,” said Josh Freeman, a marijuana farmer who was convicted of minor possession of weed at a concert.

Freeman, along with many others, will now be able to hold a professional grower license and regain his voting rights. However, the process is not that simple, as Freeman himself can assure you. It took several weeks and many visits to the court to get his conviction reduced.

This is wonderful news for the victims of an unfair and racially motivated war. However, Canadian Prime Minister Justin Trudeau is still cautious regarding the status quo of weed.

We recognize that anyone who is currently purchasing marijuana is participating in illegal activity that is funding criminal organizations and street gangs, and therefore we do not want to encourage, in any way, people to engage in that behavior until the law has changed.

The explosive expansion of the legal marijuana market seems like good news for the consumers in Oregon, as this year marijuana flower prices are currently at an all-time low. However, oversupply has created a challenging environment for Oregon’s cultivators, who have to face stiff competition to sell their trims and flowers to processors.

Prices for wholesale marijuana has plummeted to $50 per pound, with no indication as to whether the situation will be improved. Currently, the Oregon Liquor Control Commission has to process a continuing influx of applications for retail licenses that is expected to add further pressure to existing companies.

According to an OLCC report, the number of licensed producers is nearly double than the number of retailers (902 to 520), with a further 858 grower licenses pending approval. Compare this number to just 141 retail licenses still in line and you’ll see a certain pattern forming.

Vertical integration and proper planning seem to be the only ways producers can get out of this funk, according to William Simpson, founder, and president of Chalice Farms.

“There is too much competition,” he said.

Controlling both the production and the processing phases, growers can maximize their profit margin. Some others believe that the OLCC should regulate the market even further to avoid such issues.

Marijuana is a lucrative industry and many are trying to jump on the bandwagon, often creating adverse effects. For the moment, the only real winner is the black market, which is full of unsold quality marijuana trims and flowers that producers couldn’t sell for a decent price.

AutoNation Allows for Hiring Applicants who Test Positive for Weed

In a surprising move, AutoNation, the largest automotive dealer in the US, now allows people who test positive for weed to be hired.

Testing for marijuana is a practice dreaded by many stoners in North America since marijuana is still considered a Schedule I drug by the Federal government.

The Florida-based company is controlled by Bill Gates’ Cascade Investment and has around 26,000 employees. Even though there is still a long way to go towards the ultimate goal of decriminalization, this move signifies a big step for corporate America.

The social stigma of cannabis is gradually fading away and now the majority of Americans believe that marijuana should be legal. Big corporations are catching on to the new status quo, although recent setbacks have created a sense of uncertainty that might make other big corporate players reluctant to change.

This Week in Marijuana Stocks 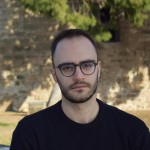