The Dagga Party of South Africa has announced its intention to contest this year’s general election in a bid to further cannabis culture in the country.

Marijuana is known as “dagga” in South Africa and it was essentially legalized last year as a ban on it was deemed unconstitutional. The government has two years from Sept. 2018 to change the law and in the meantime, anyone enjoying cannabis for personal use is protected from prosecution.

However, supplying cannabis remains illegal, so South Africans must grow their own dagga and lawmakers need to decide how much each individual can cultivate on an annual basis.

The Dagga Party of South Africa hopes to gain seats in parliament to ensure that cannabis advocates have a greater say in shaping a domestic marijuana trade. “We have to occupy the National Assembly, and all the parliamentary committees that determine policy for our country,” said leader Jeremy David Acton in a Facebook post. We must claim our place at the tables that discuss the future of cannabis, and the future of our children. Only a majority gives us the voice and power to determine our own future.”

The Dagga party aims to galvanize support by using slogans like “hotbox the house” and “smoke them out” on social media.

It aims to galvanize support by using slogans like “hotbox the house” and “smoke them out” on social media.

The party hoped to run at the last general election in 2014, but it was unable to raise the necessary funds. It must whip up 200,000 rand ($14,493) to contest the election and it is now engaging in a fundraising drive, while urging “citizens of the cannabis culture” to register to vote later this month at the Independent Electoral Commission of South Africa’s registration weekend.

Acton argues that cannabis ensures health and opportunity for all and said fellow advocates must stand united for laws based in justice, equity, science, and ecology.

The South African government was opposed to the decriminalization of cannabis, as was the police force, but the Constitutional Court withstood pressure from both to make its decision last year.

Section 14 of the country’s constitution gives all citizens the right to privacy, and the court found a ban on personal use to violate that. Now campaigners want to roll out a proper industry in the country and they will spend the build-up to the general election lobbying for it. 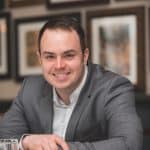 Martin Green is an experienced journalist with a strong focus on the cannabis, alcohol, and gambling industries. He is particularly interested in the political issues affecting the global marijuana trade, and he has a keen focus on regulation changes and legal topics. He holds a BA English Literature, MA Creative Writing and a National Qualification in Journalism diploma. He has worked in journalism since 2009 and written for a broad range of newspapers, business titles and magazines, including The Sun, The Metro, The Journal, Livestrong, Drinks Retailing News, Harpers, Sportsbook Review, Vital Football, Essex Live and Surrey Live.