Dutch Bros Coffee is Starbucks for the Next Generation

The IPO is set for Wednesday September 15th on the New York Stock Exchange (NYSE) under the ticker BROS.

From a single push cart in Oregon to 471 locations 30 years later, Dutch Bros has built a real contender to the Starbucks coffee crown.

In this guide you are going to learn:

The Secret Sauce and the Secret Menu

Blue Rebel energy drinks, tea, lemonade and smoothies. But Dutch Bros lovers know that there is also a “secret menu” with additional custom creations that have become fan favorites.

In some ways Dutch Bros’ menu is similar to many coffee shops and resembles the popular Starbucks model which allows for complete customization from non-dairy milk alternatives to topping selection.

This strategy is tried and tested, because who has more money to spend on premium priced coffee than customization-obsessed-millennial-hipsters with dairy intolerances?

That being said, one key differentiator Dutch Bros offers is a unique, sweet, creamy whipped topping (“Soft Top”) which can be added to almost any coffee creation.

Another Dutch Bros exclusive is the Dutch Bros. Blue Rebel energy drink which can only be found at Dutch Bros shops.

Additionally, all their coffee is a Private Reserve of a 100% Arabica three bean blend sourced through an in-house coffee roasting facility; and as the company continues its expansion into more and more states, to add additional capacity in order to to support supply chain long-term, the company will invest in a second centrally located roasting facility in the Midwest region of the US.

Breaking Down The Customer Base

While the coffee may be great and could  be enjoyed as no-frills cup of Joe, that is not what Dutch Bros customers are looking for when they come to the window.

The pie graph below depicts that less than half the products sold are coffee based, in fact more teas, lemonades and smoothies are sold than coffee. This could be due to the fact that Dutch Bros’ customers are predominately female, a demographic increasingly shifting buying trends towards increased awareness and focus on health and wellness which encourages non caffeinated, more nutritious and low-calorie options.

Furthermore, Dutch Bros has successfully attracted a younger demographic, one with potentially more disposable income which can be spent on premium priced coffee-shop beverages.

This likely also explains the high proportion of beverages bought during the typical 9-5 work day, when most of the 25 and over crowd is stuck behind a desk drinking drip coffee, saving for a down-payment. 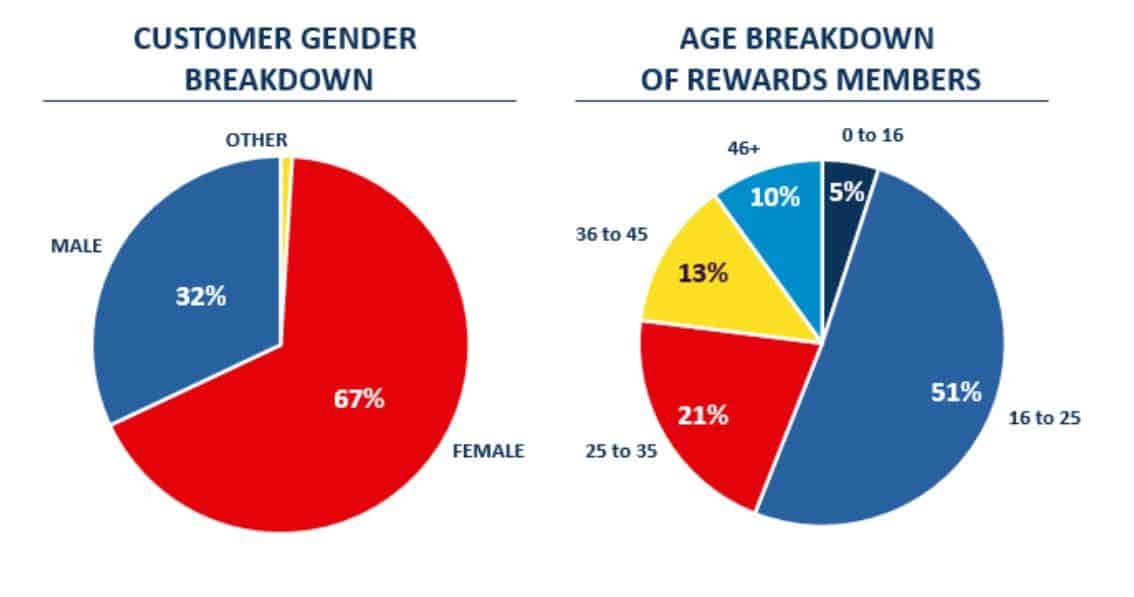 A Decade or More of Solid Growth

Dutch Brothers is just scratching the surface of potential locations in the U.S. which means they can keep revenue growing fast simply by building more stores.

The company has also shifted its strategy lately to building company owned locations over franchising.

This comes as no surprise given that franchise locations contribute a 5%-of-sales fee as compared to company operated locations which are averaging a 35% margin.

Management thinks there is room for 4,000 locations in the U.S. which would be 10x growth from the current footprint of 440+ units.

4,000 future locations is not a crazy number if Dutch Bros can keep building a community of superfans across the U.S.

Can They Afford This Rapid Growth?

A key question around the growth trajectory is whether the company can afford this capital heavy model of spending $800k to $1M building every store.

We think the answer is yes.

Even assuming each store costs $1M, 25% more than they have spent per store historically, management will only have to come up with around $20 million over the next two years to fund this growth before cashflow can pay for all future construction.

$20 million is a drop in the bucket and can be funded by increasing the share count less than 1% or borrowing from their current debt facility with more than $100 million available TODAY.

As long as Dutch Bros can afford to increase the store count around 15% a year, it has more than enough unmet demand based on how strongly west coast stores have performed.

So much so, that revenues in newly entered states outpace those of legacy markets.

More interestingly though, the AUV for new stores and new states is trending even higher.

What is Dutch Bros Worth?

Dutch Bros is pricing its IPO at $23/sh valuing the company at $4.2 billion using the fully diluted share count.

$4.2 billion will value the company at 48x this years EBITDA (a proxy for cashflow).

48 times may sound crazy expensive, but Starbucks, a company growing only 10%, compared to Dutch Bros growing at 25%, is trading for 23x EBITDA.

However, the million dollar question is what multiple of cashflow Dutch Bros will trade at in a decade as a mature company, not a high growth coffee disruptor?

We think Starbucks holds the answer to this question. 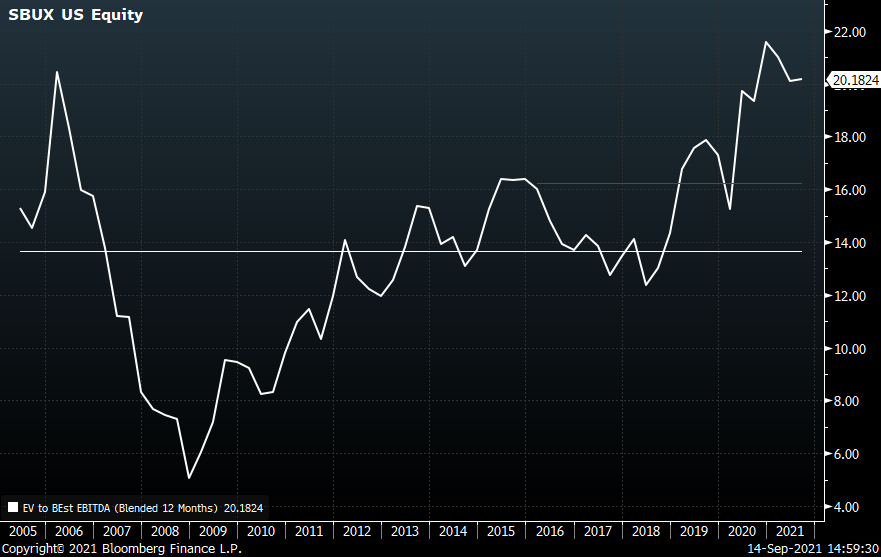 When Starbucks was growing as fast as Dutch Bros the cashflow multiple never fell below 15x.

This tells us Dutch Bros is likely at least a $40 stock.

But it could be worth more.

If Dutch Bros hits the 4,000 location target in 13 years like we expect it will, the company can keep revenue growing at 20-25% year after year after year.

This deserves a premium to Starbucks.

We currently live in a world of almost free debt and elevated cashflow multiples.

In this world Dutch Bros could easily be worth $80/sh.

Weighing the likelihood of each outcome we think Dutch Bros is a $60 stock.

How we arrive at our Price Target of ~$60

Yet as we’ve seen in this market, if Dutch Bros puts up even stronger revenue growth than our 25% expectations, the stock could easily run to our target price sooner rather than later.

However over the long term we think $60/sh is a very reasonable price to pay for the quality of this business.

Dutch Bros has built a community of superfans and offers unique products that resonate.

Yes the coffee business is extremely saturated, but this company has proven time and again that there is demand for a unique product coupled with the right vibe.

We are going to ride our soft top into the sunset on this one.

Full Disclosure: At the time of publication the author of this article holds no economic interest in Dutch Bros.