Ethereum Takes a Massive Dive Below $300 as ICOs Dump It

Ethereum (ETH) has sunk 18% in the past 24 hours to its current price of $261 on news of ICOs rushing to cash out before the crypto declines further.

As a platform for companies to launch their ICOs on, many investors had been buying up Ethereum in order to buy into these initial coin offerings, particularly when the ICO market was hot in 2017 and early 2018. To cut their losses many of these investors have been dumping their Ethereum with the assumption that the crypto bear market will continue, according to a Bloomberg report.

As the ICO market heated up in 2017 and continued into early 2018 it caused Ether to spike to as high as $1448.18 on January 13, 2018 (source: CoinGecko). That same enthusiasm among ICOs that increased the price of the coin also led to its downfall as these projects built on Ethereum are cashing out.

The cryptocurrency is at a 9-month low and analysts suspect it could drop even lower as investors continue to dump their ether.

This recent decline is not isolated to Ethereum as cryptocurrency prices have been dropping across the board — though Ethereum has been the hardest hit of the top 5 cryptocurrencies. Though still down quite a bit, Bitcoin has fared much better, off 7.4% in the past 24 hours and 13.7% in the past week.

Ethereum skyrocketed last year from less than $10 to gain more than 10,000% Enthusiasm grew so quickly in the cryptocurrency that many thought it would overtake Bitcoin as the top crypto. For someone who invested $1,000 in Ethereum at its peak January their money would now be worth only $180, a loss of 82%

A number of factors have contributed to Ethereum’s recent decline. Primary among these is the concern that the platform cannot scale to support enough transactions, particularly given that there are other competitors like EOS that are doing what Ethereum is doing, but aiming to scale better (e.g. millions of transactions per second whereas Ethereum can do about 20 transactions per second).

The general disillusionment with ICOs have also had their impact on Ethereum since most of these startups were built on the Ethereum platform. And several of them have turned out to be scams or have suffered from security issues, which in turn have impacted Ethereum’s price. 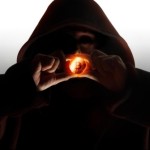