Trulieve just entered an agreement to snap up 100% of Bristol-based medical cannabis dispensary The Healing Corner, which has operated in the city since 2014.

Medical marijuana usage was officially legalized in Connecticut back in 2012. While various bills have been proposed to legalize recreational usage in both 2018 and early 2019, none of them have yet gathered enough support to be passed and hit the governor’s desk.

In addition to supplying products to registered medical patients, The Healing Corner offers online ordering through the Canna-Fill system and provides education initiatives to assist physicians and potential patients in navigating medical cannabis laws in the state.

The Healing Corner isn’t the only dispensary Trulieve has bought up in other states recently, with the company also purchasing Life Essence, Inc. in Massachusetts and Leef Industries, LLC in California last year.

This further growth in the New England region is an important step as we move forward with establishing
Trulieve as a national presence in the cannabis sector. We look forward to providing patients across the Connecticut medical marijuana market with the exceptional customer service and best-in-class products that Trulieve is known for.

The move into Connecticut follows a deal struck earlier this year between Trulieve and Binske to begin providing edible cannabis products to patients across the state of Florida.

Trulieve is gearing up to hold the company’s annual shareholder meeting this coming June 24, 2019 in Toronto, Ontario. That meeting comes after Trulieve just released Q4 and full year 2018 financial results, reporting revenue of $102.8 million for the full year, which represents a more than 400% growth over the previous year’s numbers. 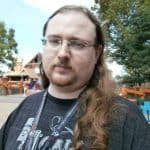