We’ve outlined the benefits of blockchain technology and the advantages it offers over centralized systems, but how does it actually work? Many newer cryptocurrency investors become intimidated when attempting to understand the specifics of blockchain operation, but gaining an understanding of blockchain basics is imperative.

The two most important characteristics of any blockchain network are security and immutability. How does blockchain technology deliver these features? Instead of providing access and control over the entire system, as is the case in traditional centralized systems, blockchain technology distributes control across all network participants— everybody who is running the software for blockchain in question.

Network participants work together to keep track of transactions and balances and to update the entire blockchain network. This record is referred to as a ‘distributed ledger‘. Participants are provided with rewards for helping to maintain the system, or are penalized for interfering with it. The first step in understanding how blockchain technology works is understanding what a distributed ledger is.

What is a Distributed Ledger?

The easiest way to understand how a distributed ledger works is to compare it to the ledger used by a traditional financial institution. Banks provide individuals with the ability to deposit capital for safekeeping and security and record all withdrawals, deposits, and transactions in a ledger.

Ledgers, while now stored digitally, are controlled by a central authority, and are thus at risk of tampering or loss. A distributed ledger functions in the same way as the ledger of a bank, but instead of being managed by the bank itself, the ledger is managed by every single network participant. This ledger is completely transparent and can be viewed in its entirety by anybody at any time.

The Risks of Distributing Ledger Management

Let’s imagine, for example, we have a bank in the bygone era of pen-and-paper ledger management that stores their ledger in an office. If a clever but unscrupulous individual were to break into this office, they would be able to edit the ledger in their favour and increase their account balance. 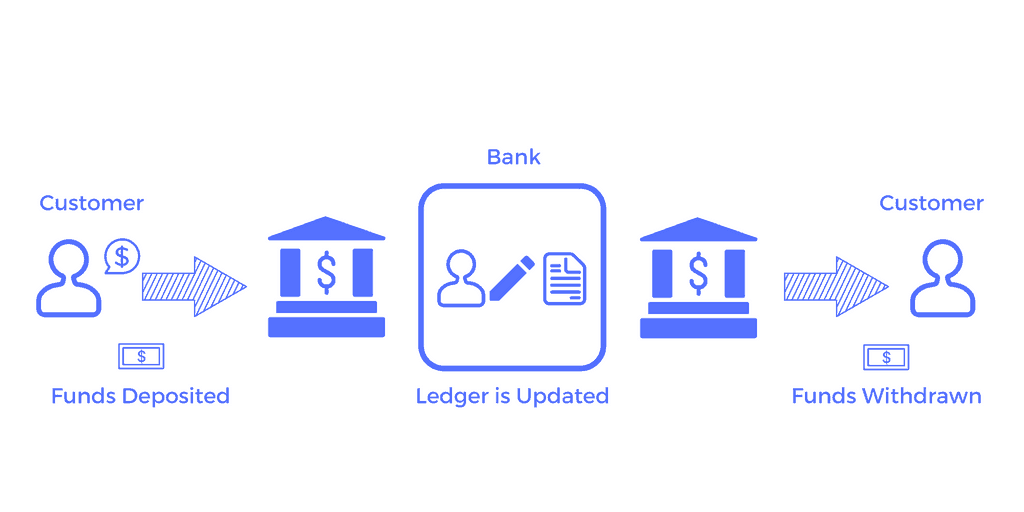 This individual would then be able to enter the bank the next day and simply request to withdraw funds in excess of what they had deposited. An account manager would check the ledger and believe everything was in order.

A network of banks could prevent this eventuality by sharing ledger information with one another. Let’s say the bank in the above example is a member of a group of seven banks that all share ledger information. None of these banks trust each other to keep accurate records for the entire network, so they each keep individual records.

Each bank in this example records and tracks their own transactions, but frequently sends representatives to the other banks in the network to record their transactions as well. If there was an irregularity in the ledger of one specific bank in this network it would be noticed quickly when compared to the duplicate records held by other banks. 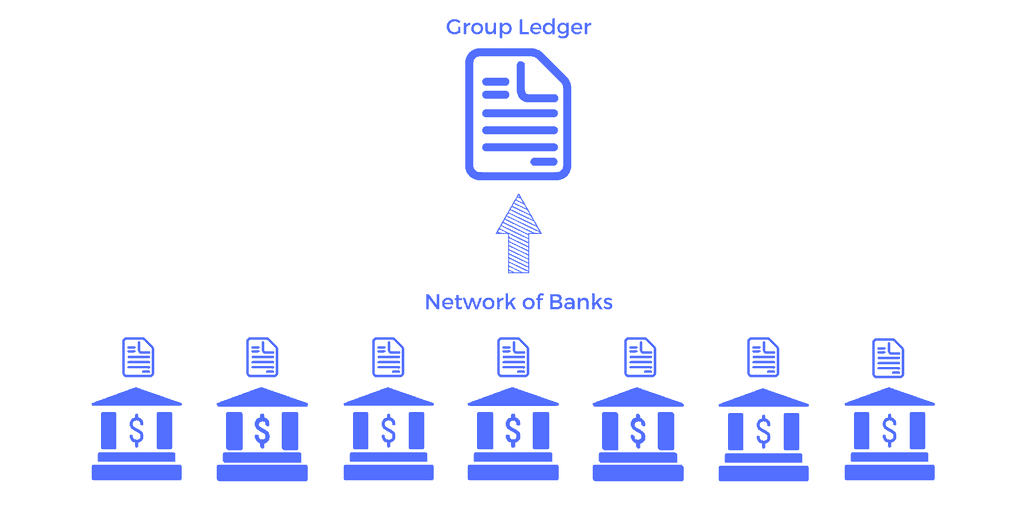 While this system is more secure than a single bank operating alone, it still possesses a weak link. If the representatives that travel between banks were interfered with while between branches, it’s possible that their ledgers could be interfered with by a particularly organized band of thieves. Should more than half of the records be compromised in this manner the entire banking network could fail.

A distributed ledger system could be compromised in a similar manner if network participants attempt to alter the state of the ledger in their favour. To combat this, blockchain networks employ a technique called cryptography to ensure that nobody can alter ledger records.

In our previous example, a network of banks worked together to share ledger information with one another and thus reduce the risk of tampering. To understand how a distributed ledger is secured, imagine these banks add another layer of security that makes it impossible to tamper with records while they’re in transit.

When each page of the ledger record is completed, the banks incorporate all of the values entered on it into a complicated mathematical equation and then record the sum on a separate page. When calculating the equation for each subsequent page, the sums of previous equations are included in the calculation. 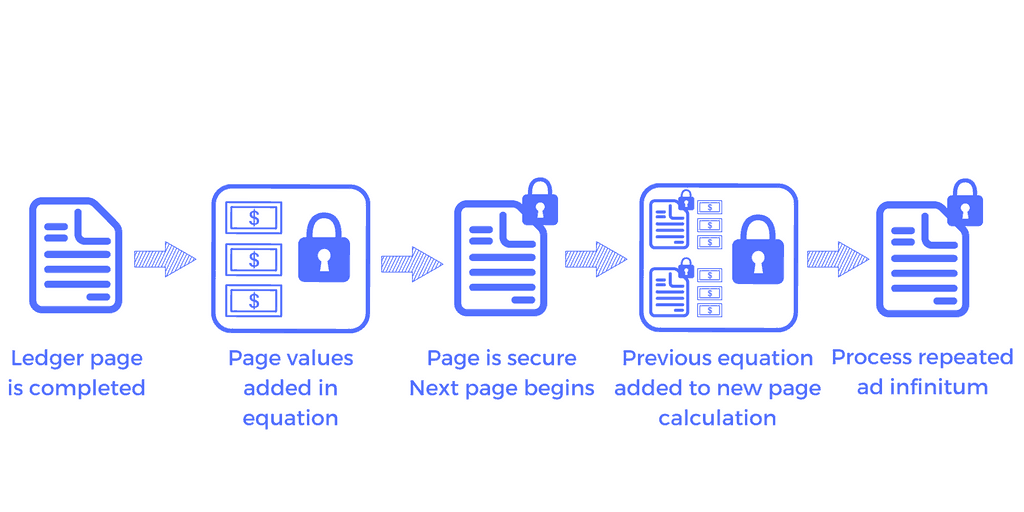 This complex practice makes it extremely difficult— almost impossible— for ledger records to be tampered with. In order to tamper with the data on one page of the ledger, it would be necessary to ensure that the changes that were made match the answer to the equation at the end of each page before it. This calculation would take an inordinate amount of time and would be so resource-intensive as to render any attempt to alter the ledger ultimately futile.

The banks in our example take another step to ensure they’re protected from each other as well. In order to prevent the banks in the network from working together against their customers, banks are incentivized for agreeing upon the current state of the shared ledger system and the records therein. If banks disagree with the current state and are in the minority, they are fined, ensuring that all banks in the network are operating with the best interest of the network in mind.

The process of agreeing upon the current state of a distributed ledger system is called reaching “consensus”. We’ll now proceed to explain how our bank network example relates to blockchain technology and how consensus is achieved in a blockchain environment.