The 'minimalist' hardware wallet, Digital Bitbox has the most basic of features needed to store Bitcoin and Ethereum offline

Digital Bitbox provides users with the needed protection and functionality to securely store crypto assets, but it lacks the key features and responsive customer support necessary to help ease the uninitiated into storing crypto private keys offline. At $96 USD (€59 + €19 shipping) the Bitbox has good value in the category but spending a little more on one of the competing wallets will be worth it for most users.

Bitbox’s build is one of its distinguishing features. It’s a compact, solid build made of a highly durable epoxy. It’s also quite inconspicuous. To the average observer it would look like a simple USB key despite it incorporating a button and LED for confirmation purposes. 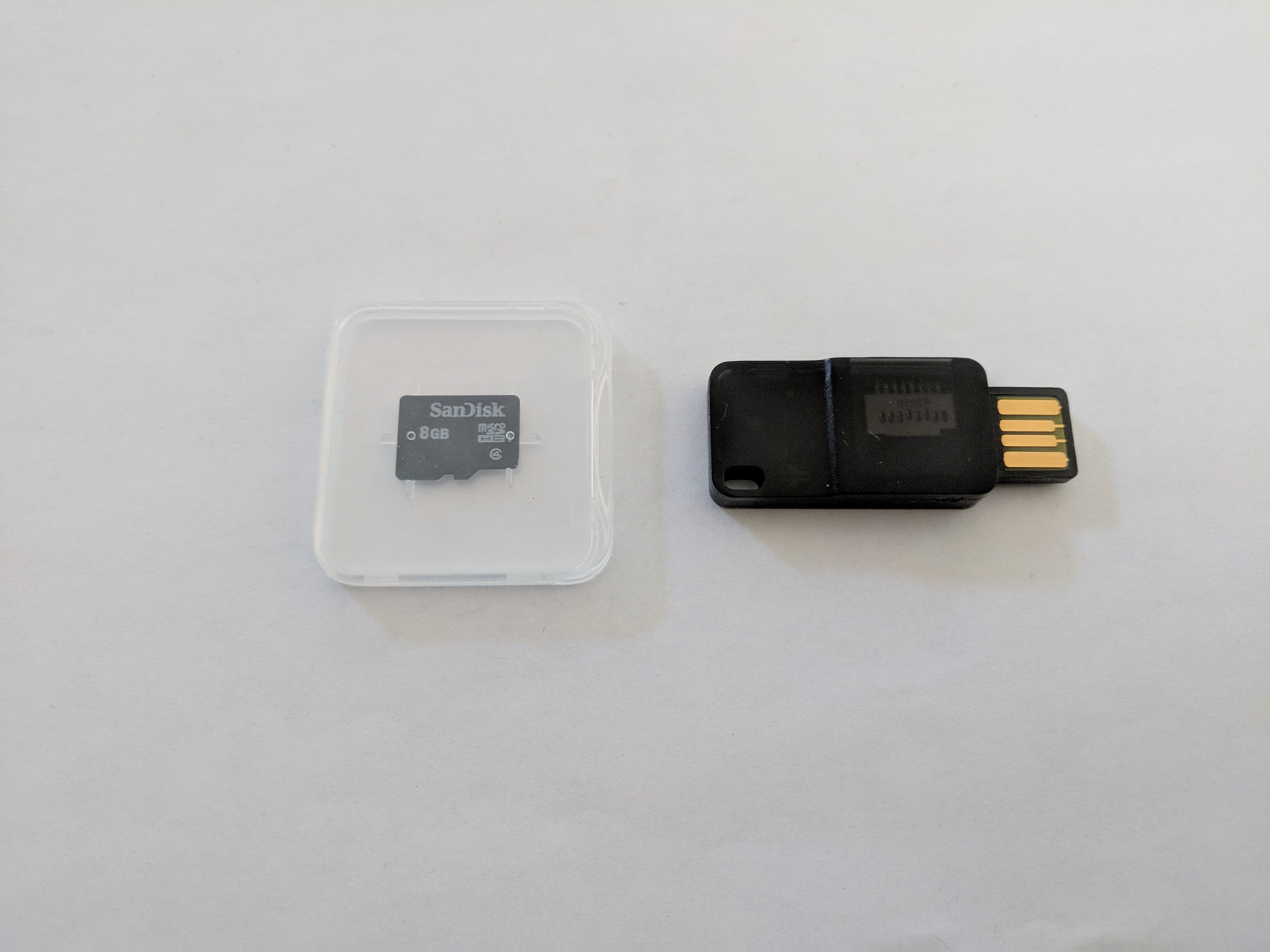 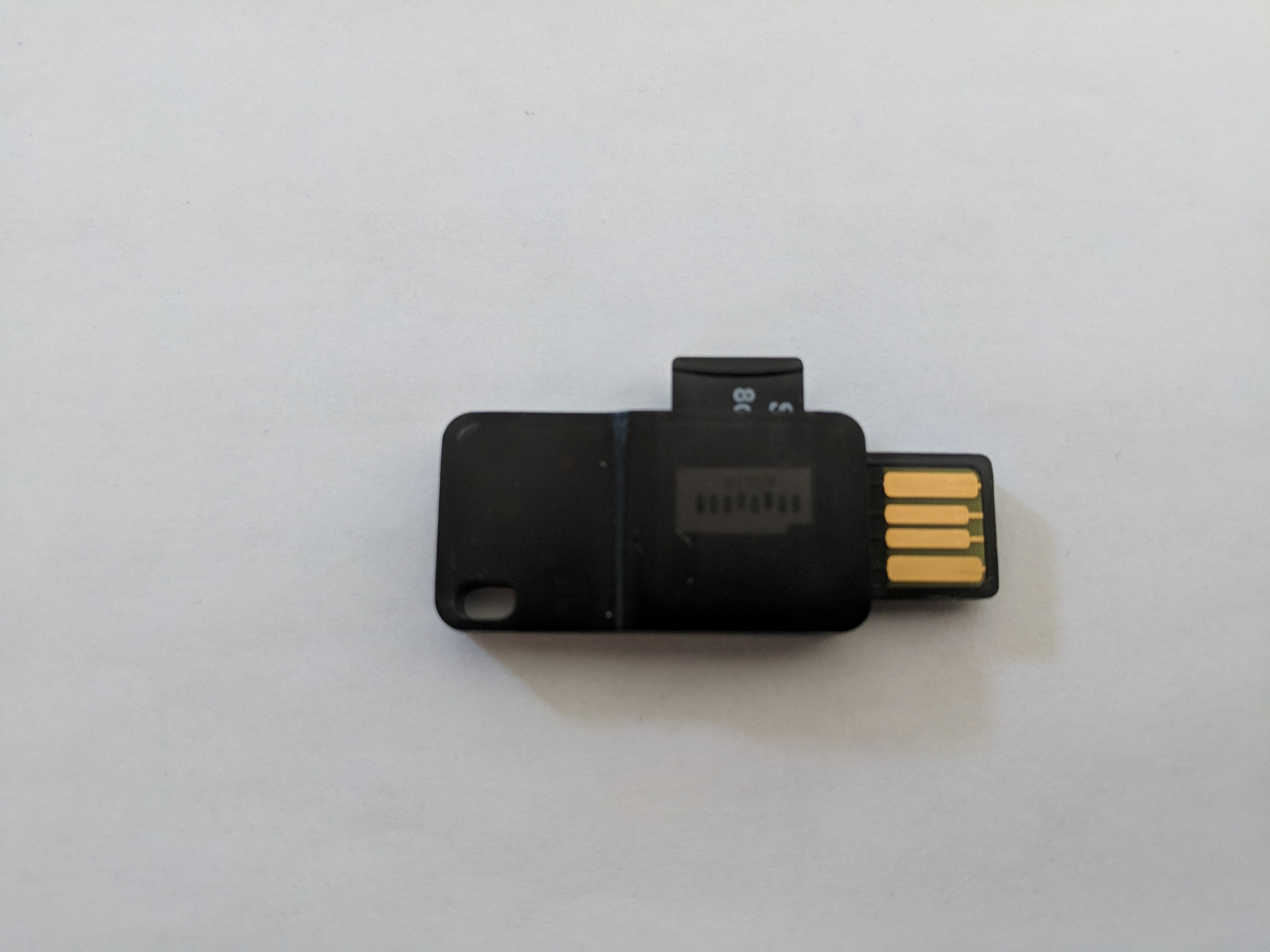 The micro SD card slides easily into the slot. Though it protrudes from the main device this configuration is only needed when backing up or restoring the wallet.

Overall, the Bitbox feels sturdy and extremely portable. The lack of a screen of any kind does render it less attractive than other hardware wallet competitors, but at the same time adds to the simplicity of the device.

The initial setup of the Bitbox was quite straightforward and simple. Install a desktop application, select an account name and password and the device is ready to be used. The whole process took less than 5 minutes.

However, connecting the device to the mobile app is a somewhat confusing and finnicky process involving counting the number of flashes of the LED on the device and confirming that number on the mobile app.

The recommendation would be to forgo the mobile app as the setup is somewhat confusing, only works for Bitcoin transactions (not Ethereum) and although it improves security in cases where a computer has been hacked, it adds additional complications to setup and transactions.

However, if users have strong concerns about their computer being compromised then the mobile application does serve a useful purpose as it enables the user to confirm the amount and address of bitcoin transactions. However, the documentation on how this is done isn’t very clear and it took several tries to get the devices paired.

Overall the first steps to using the Bitbox were easy and straightforward, but the lack of clarity and simplicity around the purpose and setup of the mobile application cause the device to lose points.

EASE OF USE & SECURITY

Once set up, Digital Bitbox is straightforward to use and offers excellent security to boot. For sending and receiving bitcoin the desktop application provides ‘Bitcoin Transaction History’, ‘Receive Bitcoins’ and ‘Send Bitcoins’.

Instead the user enters the amount and is then shown the transaction fee afterwards. This makes it challenging to ensure the receiver gets a specific amount of bitcoin or to empty out the wallet so there is 0 remaining balance. To send the correct amount you have to try different BTC amounts. 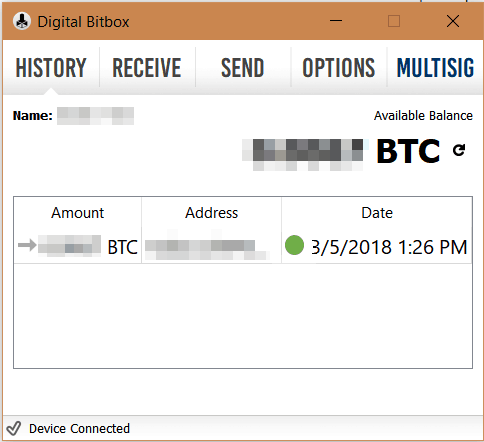 Using Digital Bitbox to interact with the Ethereum wallets requires users to integrate the device with MyEtherWallet. The integration is quite straightforward and like that used for the Ledger Nano S and Trezor wallets. It would be better though if users could stick to Bitbox’s desktop application as it would provide added security and convenience.

Bitbox is quite secure except for its lack of Two-factor authentication (2FA) integration with Ethereum wallets. Although Bitbox’s mobile app works as a 2FA device for bitcoin, it doesn’t do the same for ether. The online app MyEtherWallet is the only way to use ether with Bitbox and it can’t have 2FA integrated with it.

The device uses a high-security chip to prevent extraction of the private keys and also offers support for additional privacy through integrations with Tor and Tails OS.

Bitbox offers additional security by allowing for plausible deniability in the case that a user is coerced into opening the wallet or backup. This feature opens up a hidden wallet that tricks would-be thieves into thinking there’s no crypto on the device. However, the documentation on these features is so lacking that most users won’t know they exist or how to use them.

TIP: The hidden wallet password feature that opens a hidden wallet on the device is in the desktop application under Expert Settings.

This category is one where Digital Bitbox’s minimalist approach is too minimalist. There are scant details in the help files on the Digital Bitbox website. The start guide leaves out information on some of the more advanced features, which is understandable, but even in the FAQ section those features are tucked away under the very bottom section ’Secure against thieves‘.

Information on how to utilize features such as the secondary password and how entering the wrong password for a backup will create a valid but different wallet was missing altogether.

TIP: These features are briefly described under the “What if a government or bully forces me to open my wallet?” section in the FAQ page.

As far as customer support goes, Bitbox also receives low grades. A simple email about how to reset the device was sent to their support team but has still gone unanswered weeks after it was sent.

Digital Bitbox is designed to be minimal, but sometimes the design feels too minimal as it lacks important features like a screen (necessary to safely verify transactions). There were times during both the setup and use of the wallet when there just wasn’t enough information to be confident how to proceed.

The desktop software (as opposed to browser extension) and mobile application are welcome features, but the usability of both left something to be desired. At a price point of $96 USD (€59 + €19 shipping) the Digital Bitbox has good value in the category but spending a little more on one of the competing wallets will be worth it for most users.

Found out how to use the Digital Bitbox to transfer coins as well as backup and restore the device with this step-by-step user guide.

Like most hardware wallets, setting up Digital Bitbox starts by going to the start page of the website. The instructions walk the user through the steps: 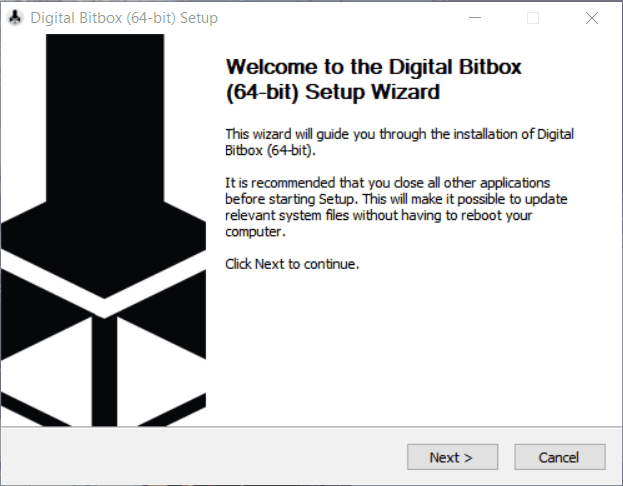 3. Plug in the device with the SD card inserted

4. Provide a name for the device and set a password (NOTE: Be sure to set a strong password that can be remembered as this is the primary protection for the device) 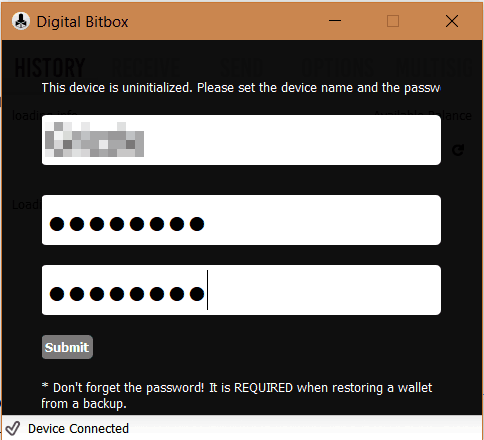 Optionally, users can also set up the mobile application to act as a screen for confirming transactions (Bitcoin only) and as a two-factor authentication device. Follow these steps to pair the device to the mobile app: 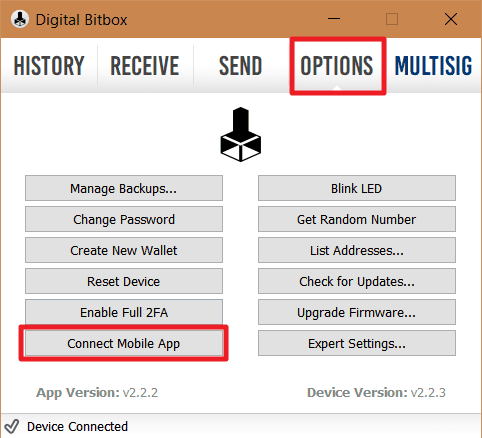 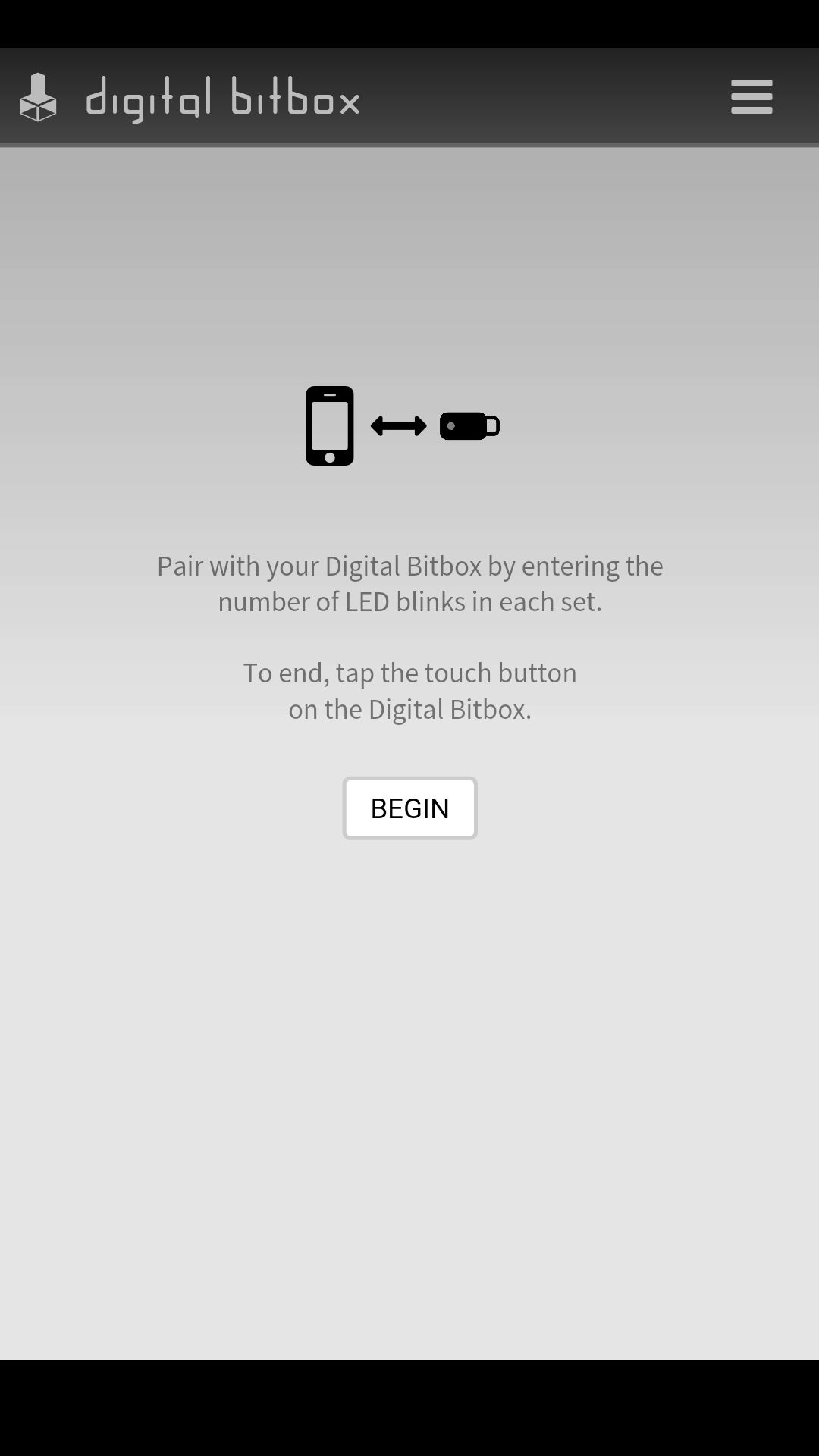 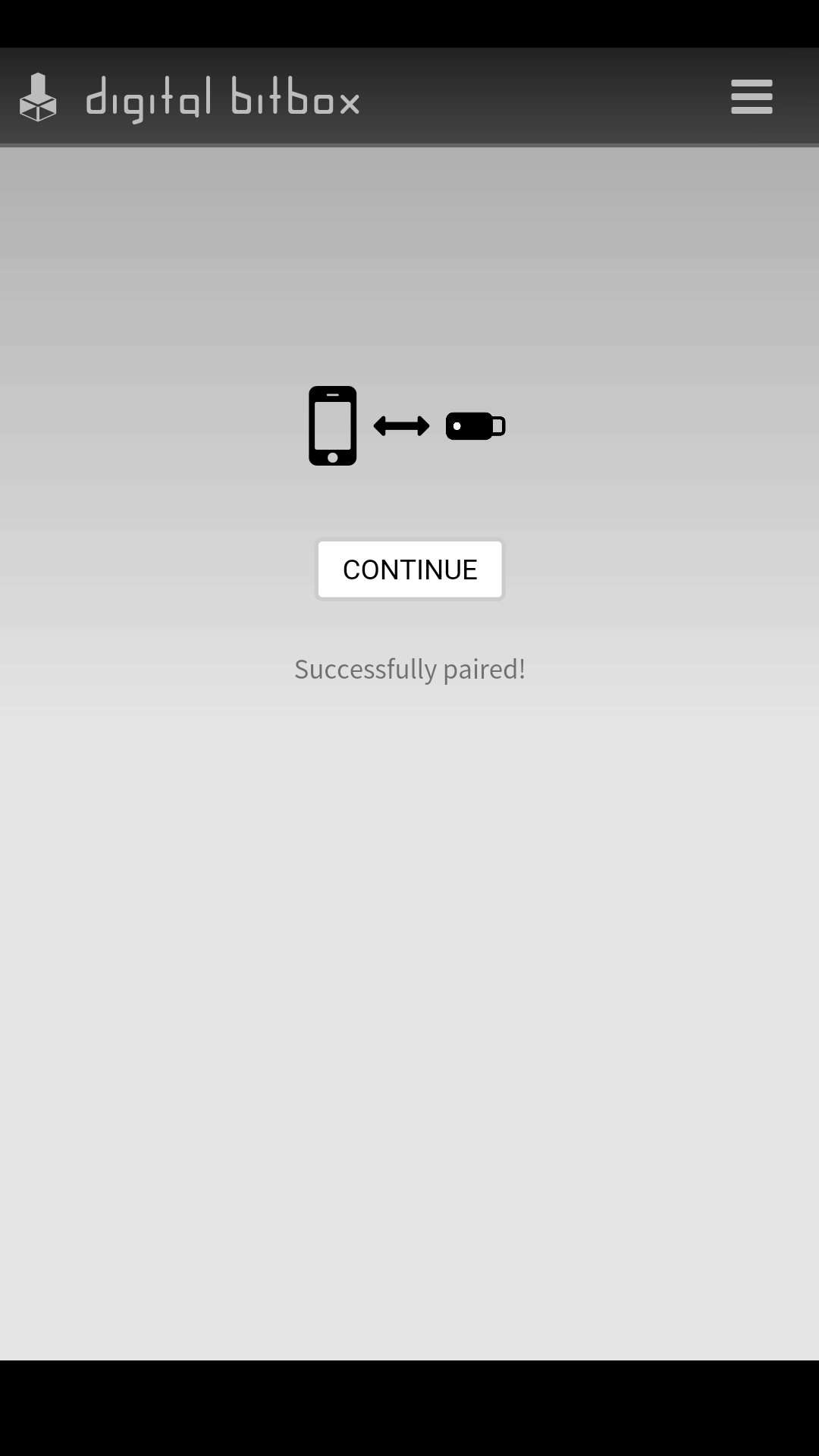 Setting up Two-Factor authentication is easy enough from within the options in the mobile app. Once enabled:

Receiving Bitcoin (BTC) on Digital Bitbox is done through the desktop application: 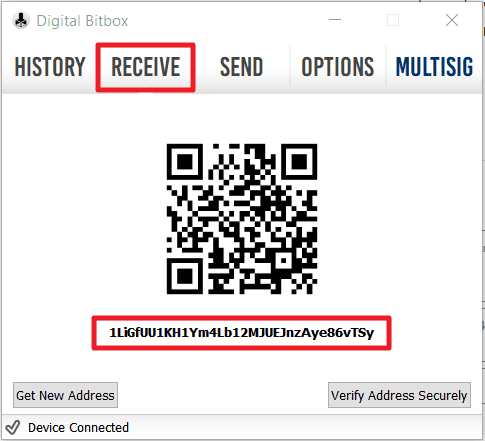 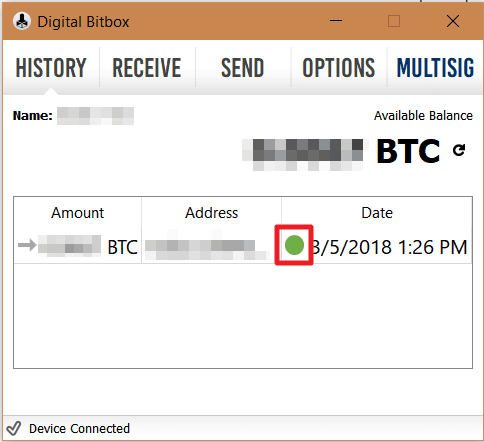 Receiving Ethereum (ETH), Ethereum Classic (ETC) or any ERC20 token is done by integrating with MyEtherWallet. 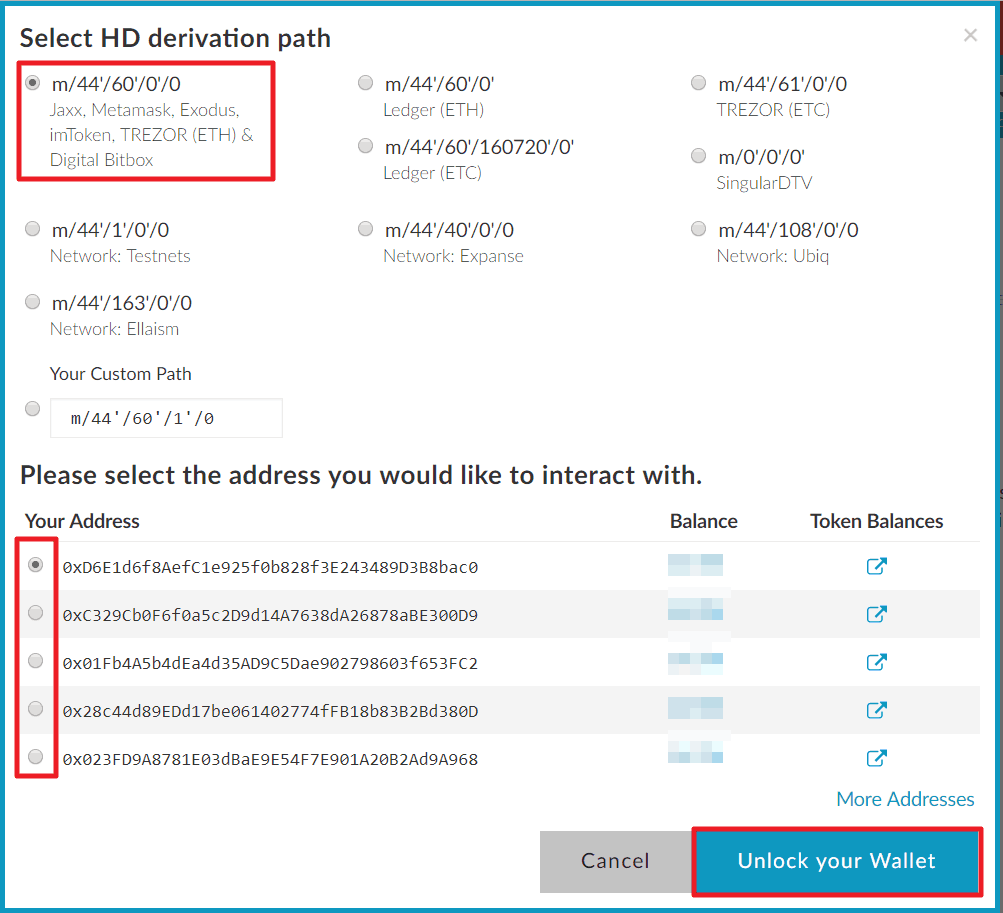 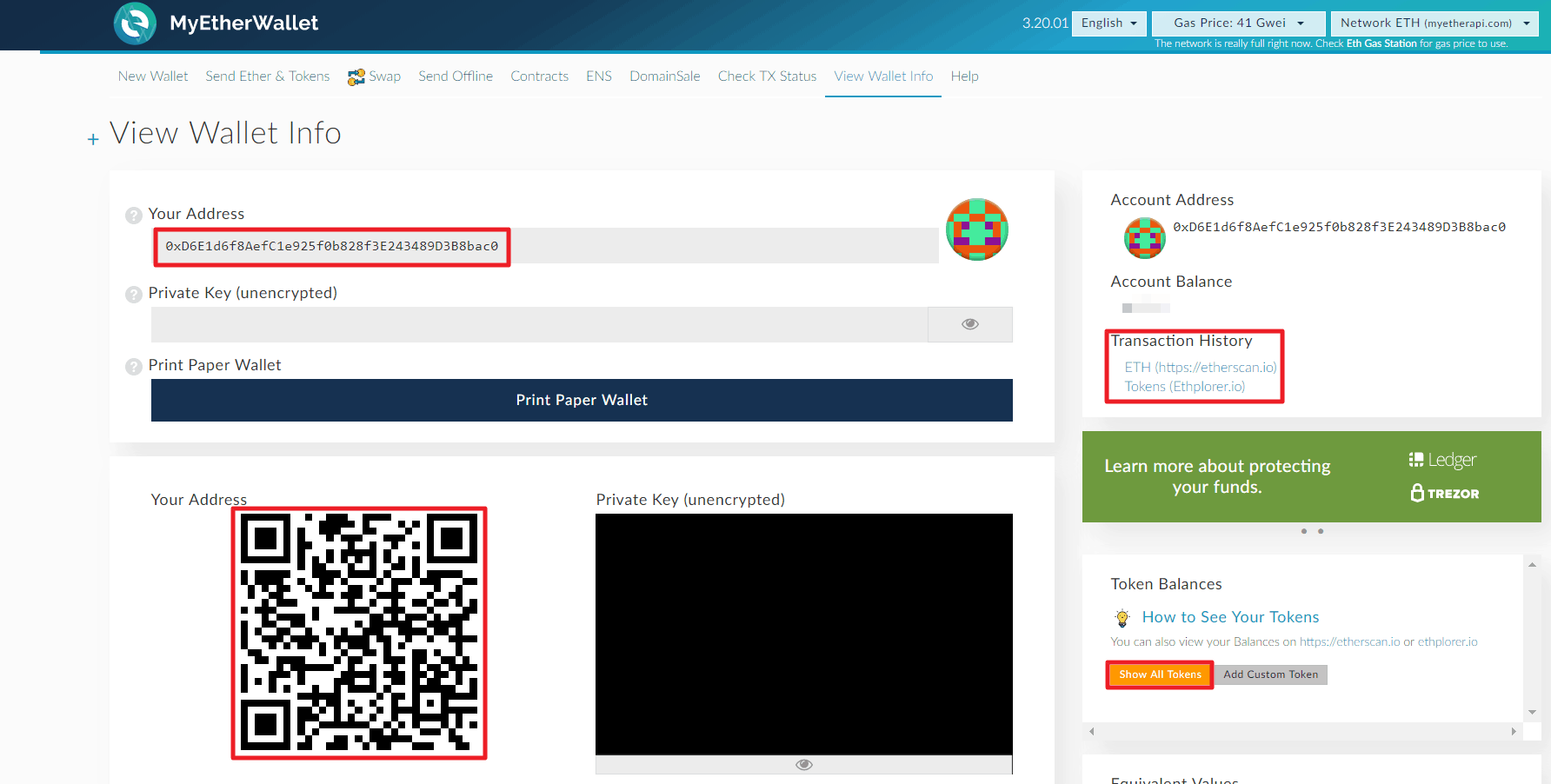 Sending Bitcoins (BTC) from Digital Bitbox is done through the desktop application. 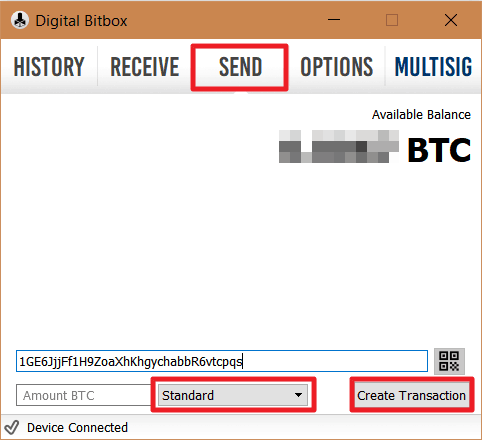 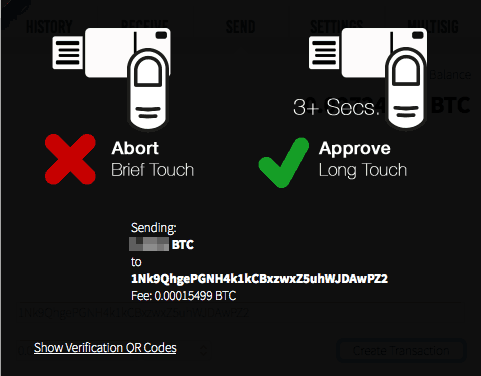 TIP: Since Digital Bitbox does not let you see transaction fees through the application when setting the amount to transfer, enter in a lower than desired amount first and select ’Generate transaction' to view the additional fees for the selected priority in the confirmation screen. You can then cancel the transaction and set the new amount to ensure the recipient receives the desired amount.

Sending Ethereum (ETH), Ethereum Classic (ETC) or any ERC20 token is also accomplished through the integration with MyEtherWallet. 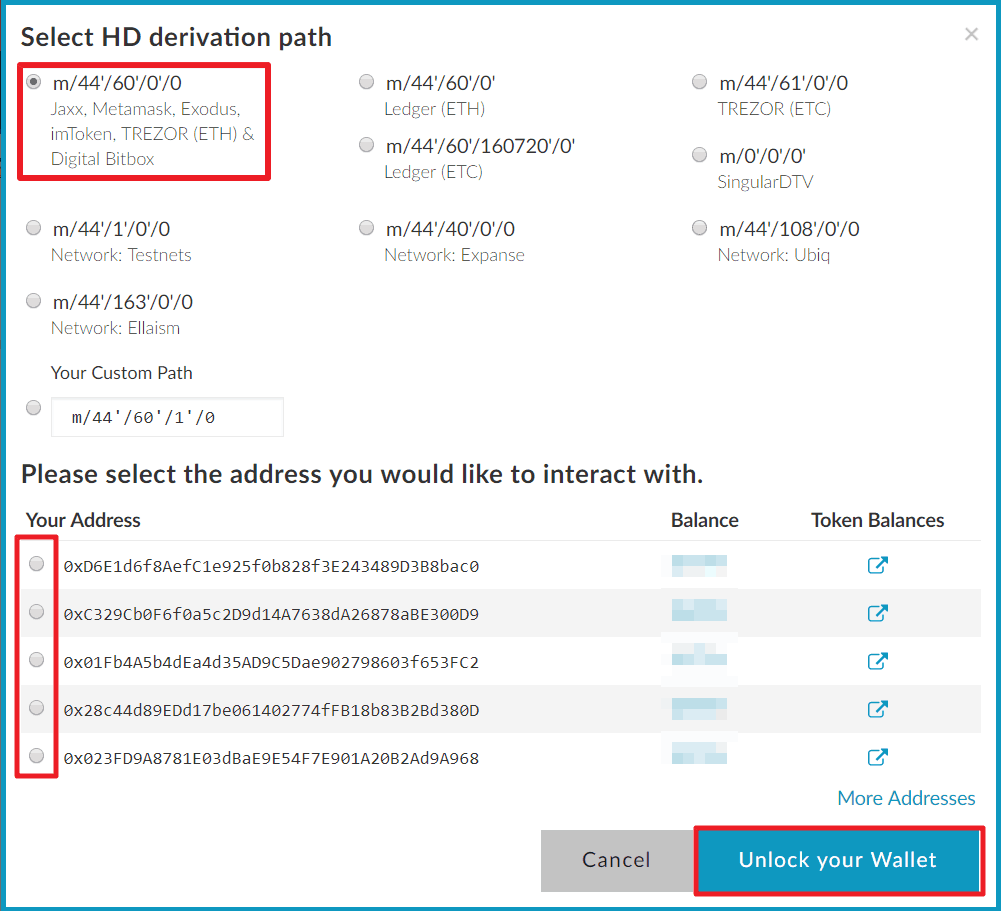 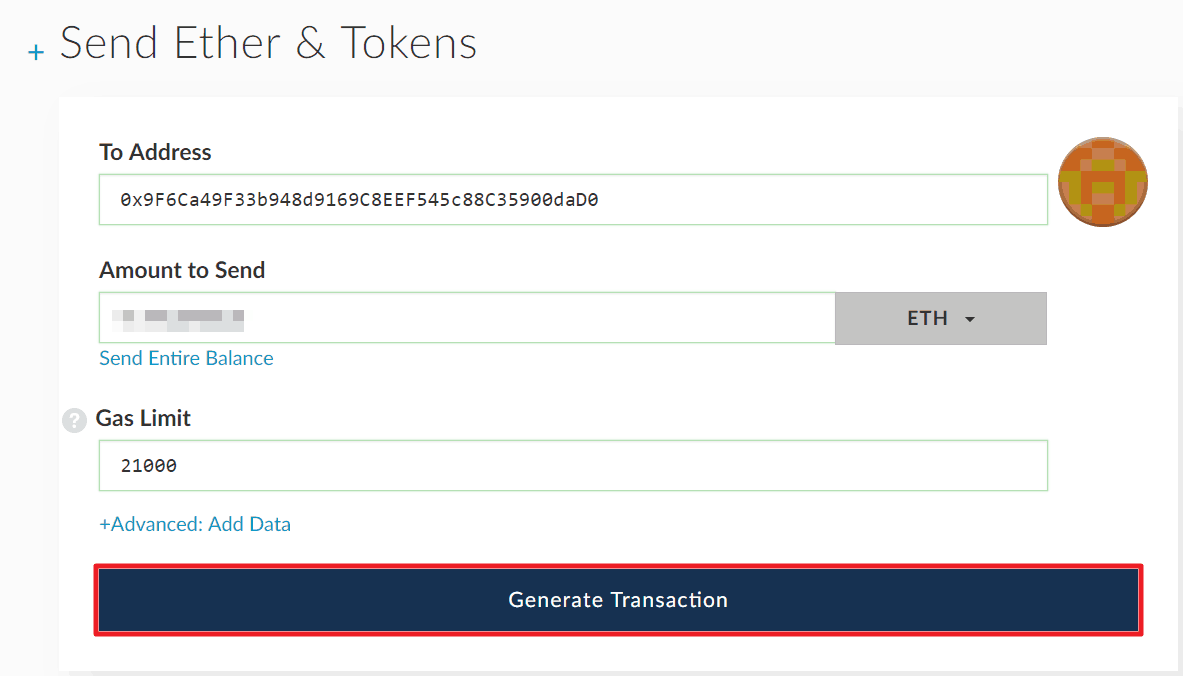 As pointed out in the Setting up Device section, the initial backup of Digital Bitbox happens during the setup process – the micro SD card stores the backup.

The backup is stored on the micro SD card as a pdf, which allows for easy printing of a paper wallet if desired:

NOTE: This paper wallet and the backup contain your private key so it's recommended to never expose this information to the internet by emailing it or taking photos of it and uploading those photos to image storage sites.

Additional backups could be created/managed or restored by using the micro SD card and the Digital Bitbox application: 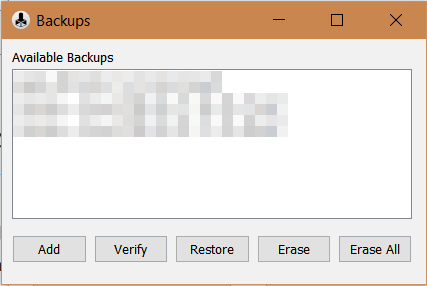 If is the device gets lost the backup can still be restored in one of two ways: 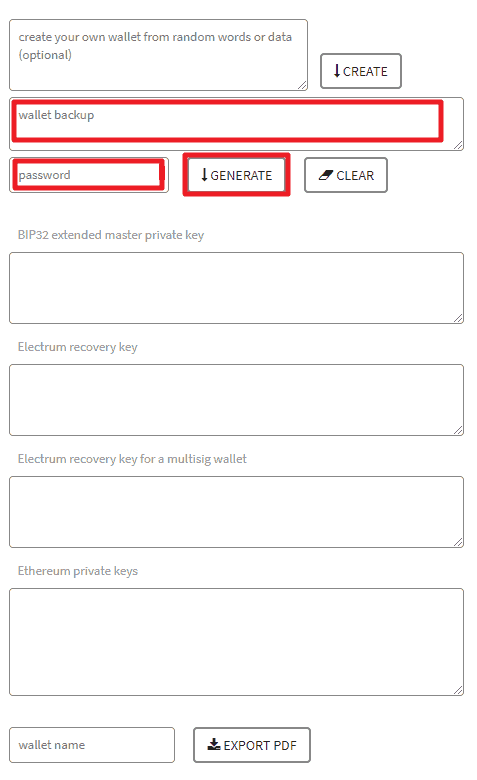 Grizzle identifies the opportunities and risks for the new money paradigm.