Today was the second of three readings of Canada’s marijuana legalization bill C-45. The approval of the bill moves Canada one step closer to becoming the first country to legalize recreational marijuana nationwide.

How a Bill Becomes Law in Canada 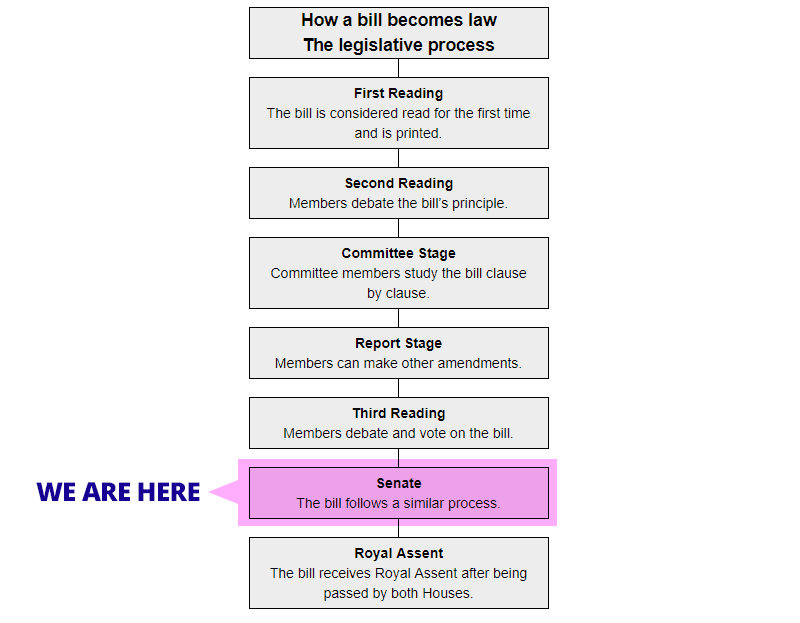 If Legalization is Delayed What Does it Mean for Stocks?

A rule of thumb is that every month legalization is delayed, your stock is worth 1% less.

The best way to think about the impact legalization will have on stock prices is that any delay just pushes off the profits producers will make from selling to the general public.

Because cash in your pocket today is worth more to you than a payment a year from now (time value of money), the stocks are worth less the longer we wait for recreational sales to begin.

Outlook for the Next 6 Months for Marijuana Stocks

Price action in marijuana stocks was mixed after the vote showing that a lot of positive sentiment is already priced in (Cronos up 10% while larger players flat or down).

As legalization nears we could see marijuana stocks grind higher, driven by positive political momentum, capacity announcements and a legal supply shortage in the early days. Risks abound by year-end, however, with dozens of massive greenhouses starting production in 2019.

Grizzle expects an oversupply of marijuana will push down retail prices and take the producer stocks down with it. Be vigilant.

Marijuana Stocks are in a Holding Pattern